The Rebel Blaster has a number of colour variations. Some examples may appear translucent. TIG believes the translucent effect is created during the injection moulding process and is a result of an insufficient amount of dye being added to the plastic and/or poorly mixed pigment granules. The translucency can sometimes be visible to the naked eye but is better seen when held to a light source. Although translucent coloured versions are not strictly variants TIG has opted to feature and list some of the known examples.

The Blue / Black Rebel Blaster was released with the following figures:

The Blue Rebel Blaster was released with the following figures:

The Black Rebel Blaster was released with the following figures:

The above is just a simple guide for matching up the weapons to figures. It is possible for some of the figures to be matched up with alternative coloured blasters that have now been confirmed on MOC examples, of which some are shown below. Due to the length of time the Rebel Blaster was in production, and the range of figures that it accompanied, there are a number of sculpt and colour variations produced which this page aims to catalogue. 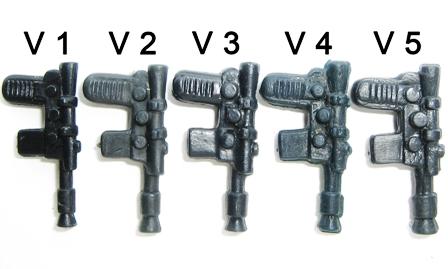 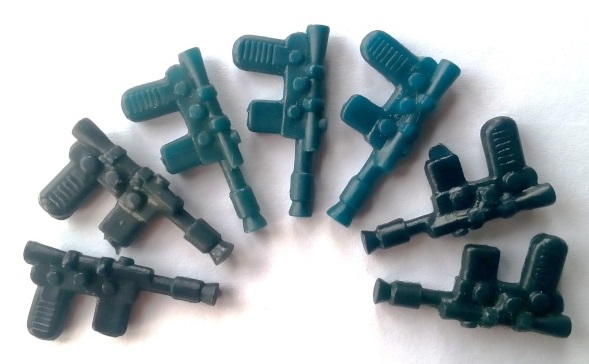 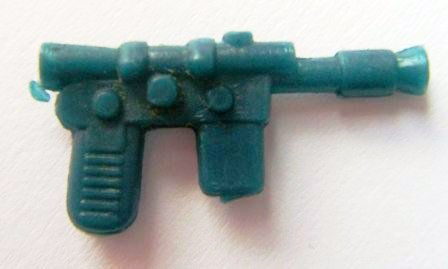 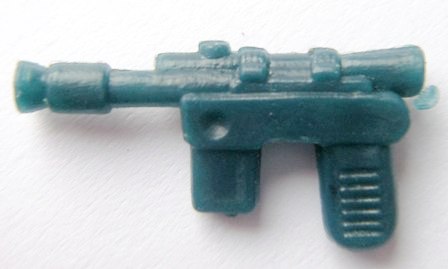 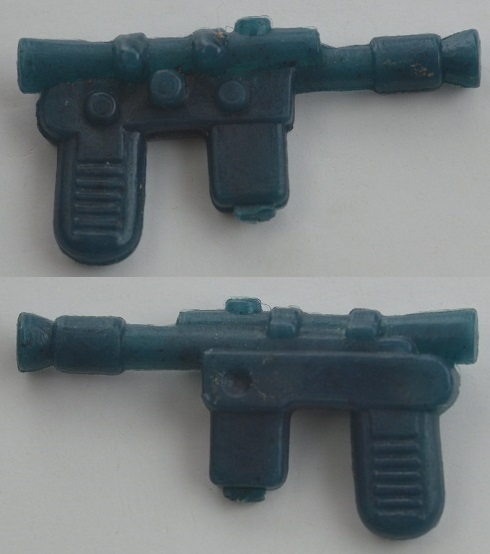 Cast in what looks like Black but is actually a very Dark Blue. 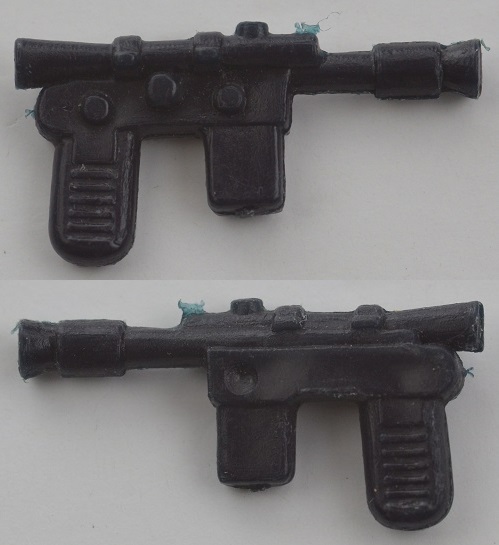 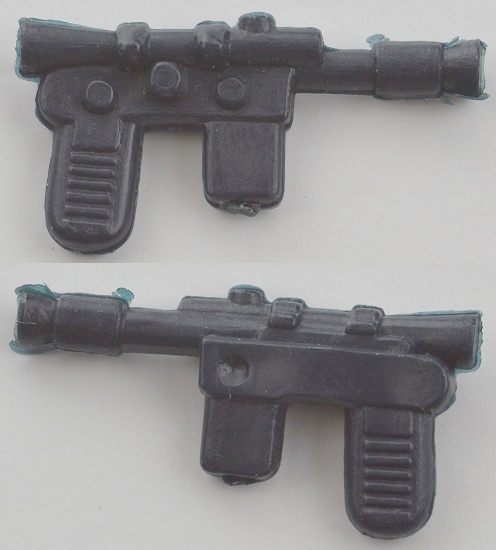 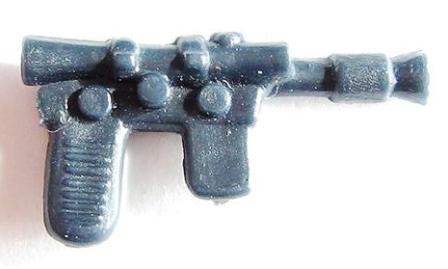 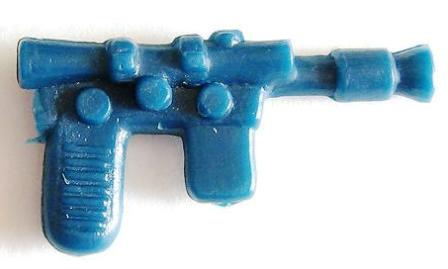 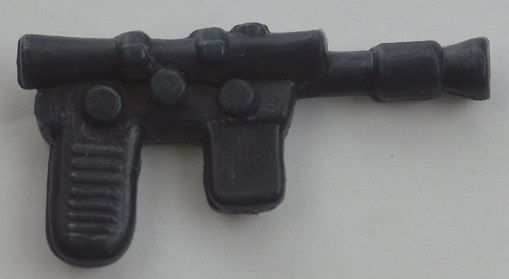 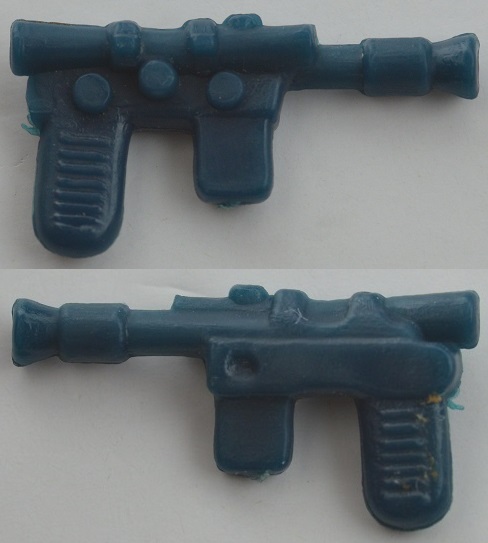 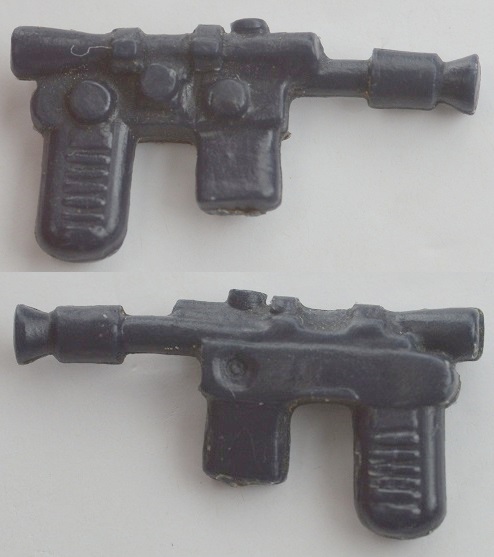 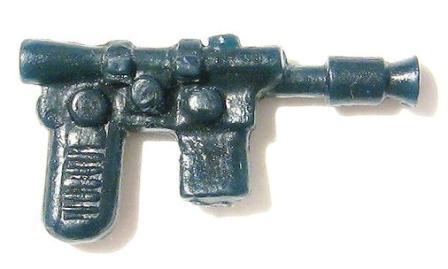 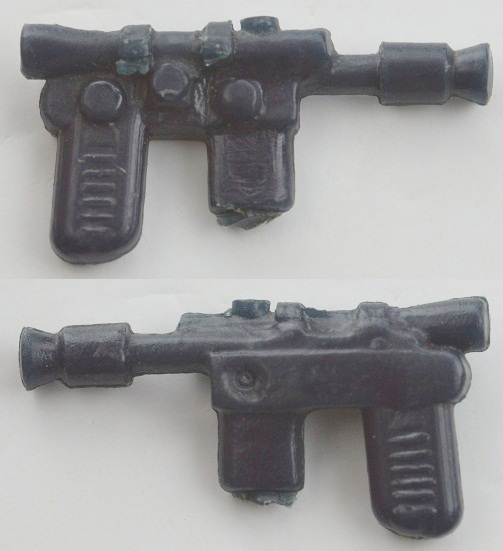 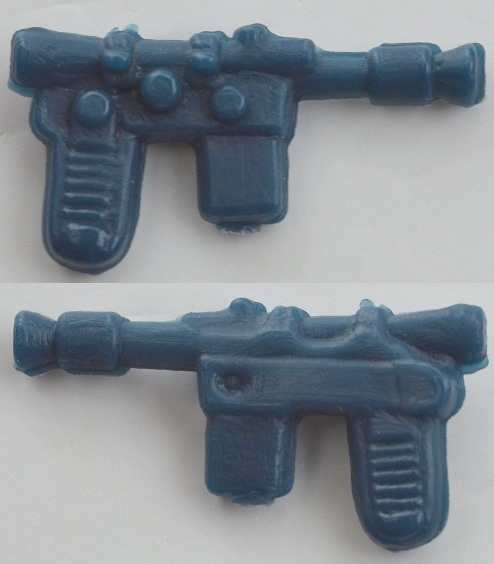 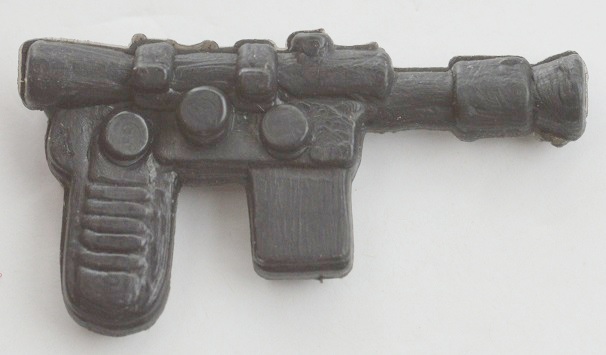 The V5 also exists in the colours Blue / Black, and Dark Green Semi-translucent,

The three dots on this V5 are slightly more raised than on others. In the corner underneath the barrel can be seen excess plastic that has formed into a globule. 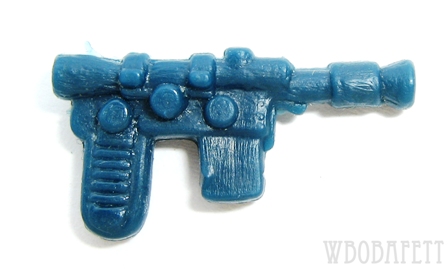 In 1995 Kenner - at that time a subsidary of Hasbro - released a POTF2 "Classic Edition" 4-Pack that included four vintage era figures and their accessories. The figures and accessories were cast from new moulds taken from the originals. Han Solo was one of these, including his signature Smuggler Blaster - but this time cast in Grey! 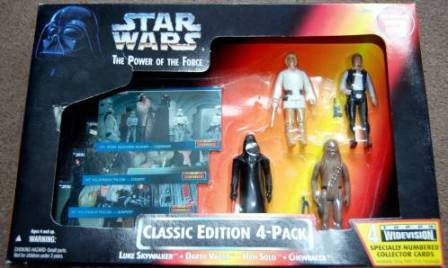 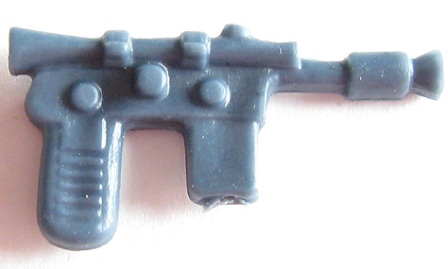 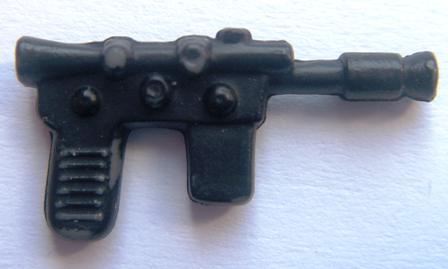 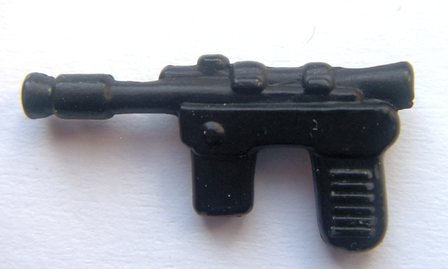 Note this REPRO is much heavier than the originals. 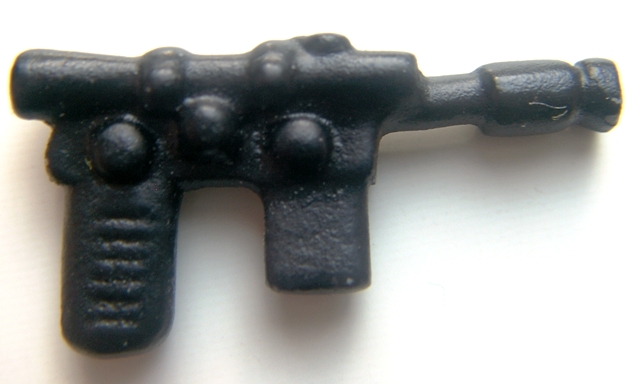 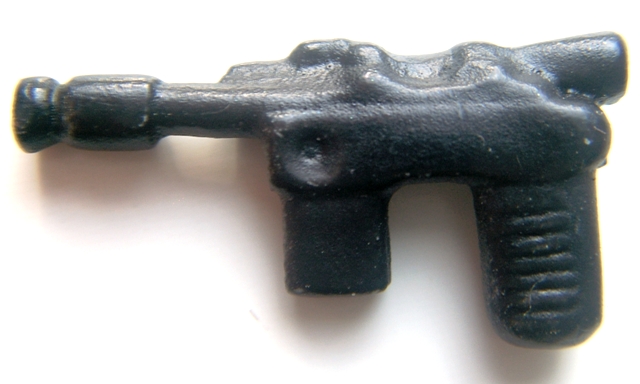 This repro comes from a set of six floating blasters (read more HERE). It mimics an original by floating when placed on water and rising back to the surface when submerged. The blaster is cast in a Rigid, Shiny, Black plastic with Excess Flashing. First reported in July 2015, this repro was advertised in batches of 25 and 50 and included the Bespin blaster and the Imperial blaster. They were advertised by the seller on eBay as:

"a cheap and cheerful alternative whilst you maybe source original weapons..."

On close inspection this repro will not fool anyone as it is so poorly moulded. The batch examples nearly all feature 'blobs' and an uneven and irregular matte surface texture.

Flexibilty is zero and batch specimens we have tested have broken under pressure revealing a white inner plastic.

These repros all sink when placed in water.

Rebel Blaster Repro V6
The Rebel Blaster V6 Repro is part of the 2017 batch of Floating Repros. Available so far in Black and Blue colours, these fakes have a gap below the front button compared to originals which have a gap above the back button. The fakes also have a 'dimple' on the other side of the blaster which is more square when compared to that of an original. Another tell is that the fake is slightly thicker and the mould seam is not as pronounced. All photos below - Fakes on the left, Originals on the right.

Introduced onto the market in early 2019. The V7 repro is cast in plastic and has good sculpting. Available in Blue and Black/Blue, this repro will sink when placed in water.