The Bespin Blaster has a number of colour variations. Some examples may appear translucent. TIG believes the translucent effect is created during the injection moulding process and is a result of an insufficient amount of dye being added to the plastic and/or poorly mixed pigment granules. The translucency can sometimes be visible to the naked eye but is better seen when held to a light source. Although translucent coloured versions are not strictly variants TIG has opted to feature and list some of the known examples.

The Bespin Blaster was issued to Rebel, Imperial and neutral character figures from the line. It was released in three different colours and was also included in the Survival Kit pack.

The Blue Bespin Blaster was released with the following figures:

The Grey Bespin Blaster was released with the following figures:

The Black Bespin Blaster was released with the following figure:

Please note: IG's previous disignation included V1 to V5 versions. Following new research we decided to merge the previous V2 and V3 moulds into the same version due to similarities. This now leaves four versions as seen below in the comparison pic. 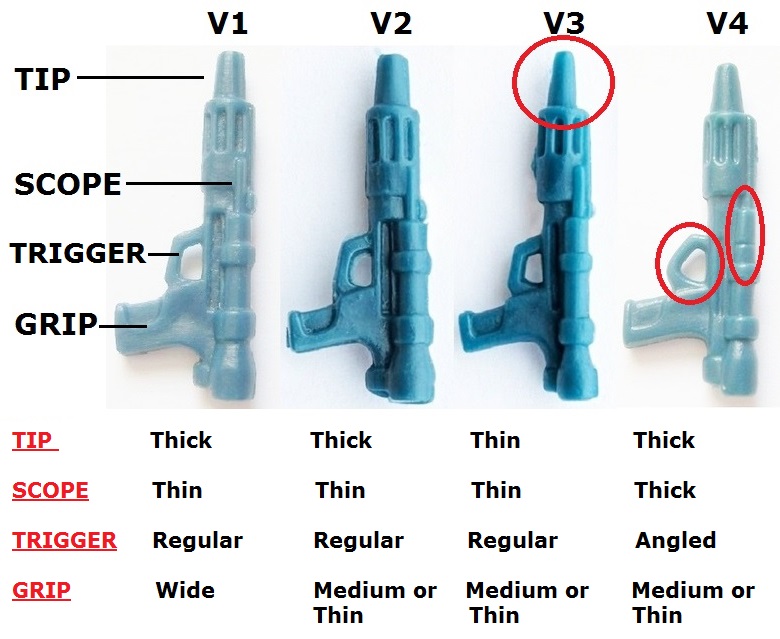 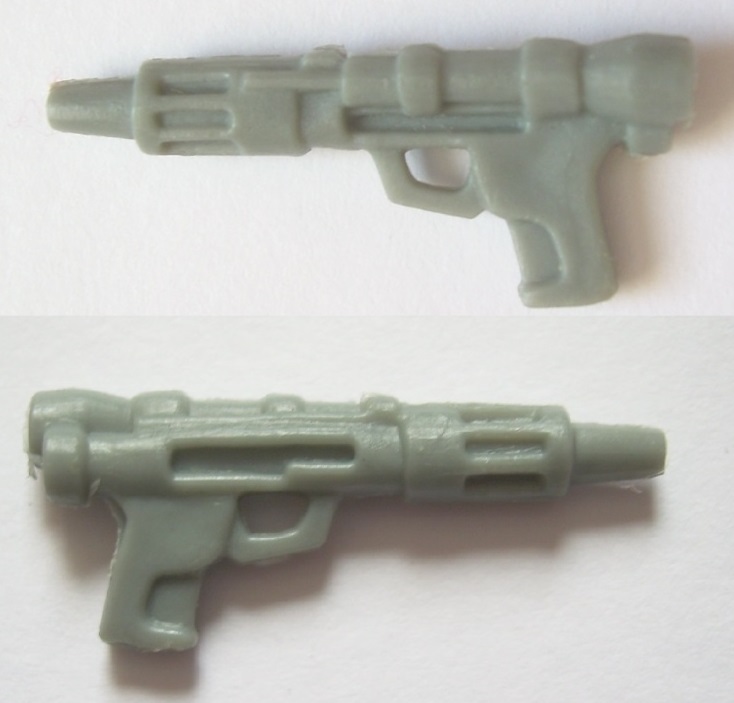 This Blue Version of the V1 can be found with both a rough and smooth texture. 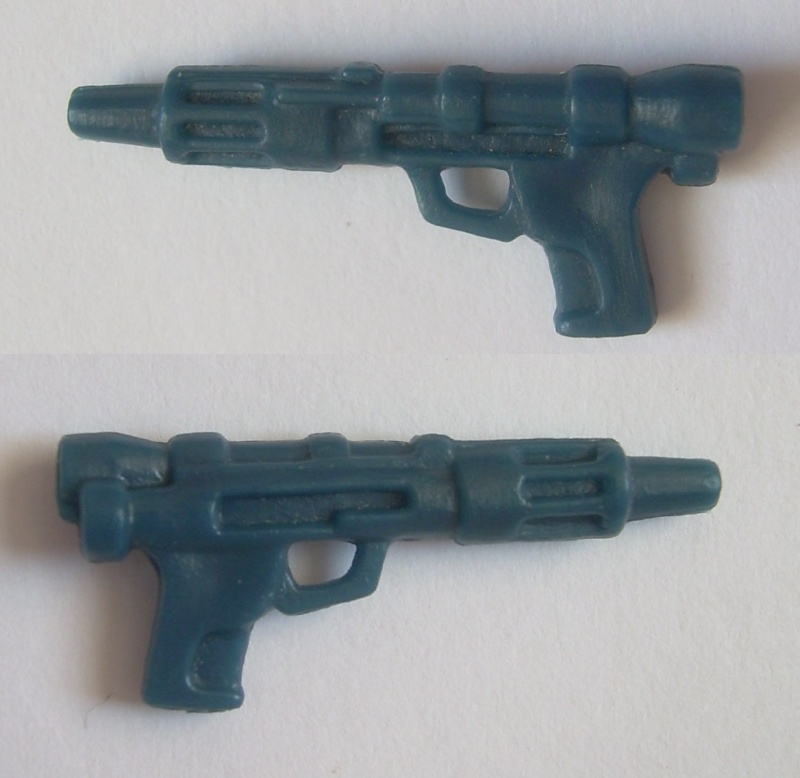 This version also exists in a Dark Blue / Black colour. 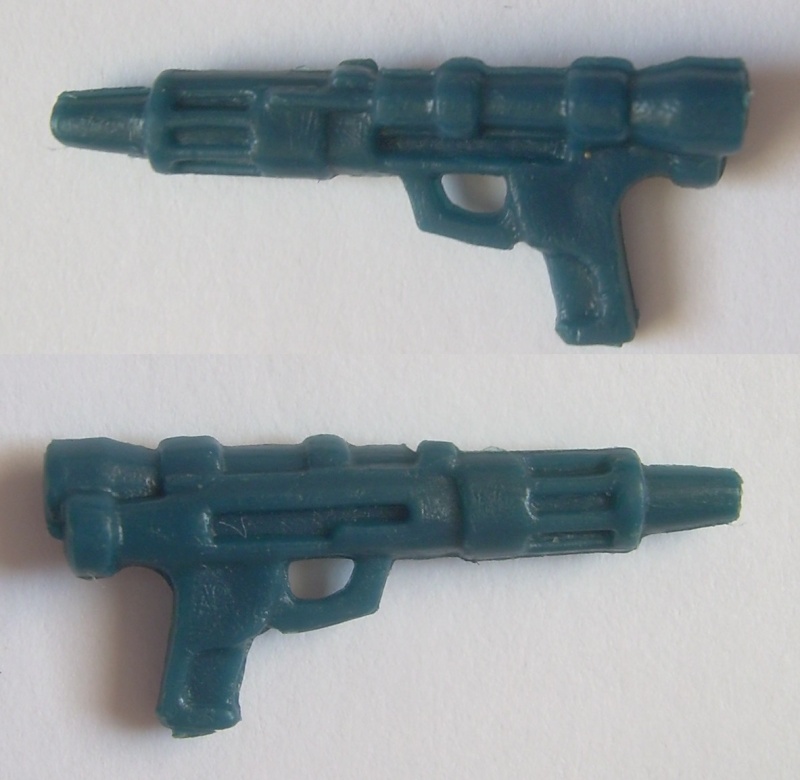 The V3 is easily identified by its Thin Tip. So far we have seen this version in the colours Blue, Blue with Rough Texture, and Translucent Blue. The V4 is easily identified by its longer angled trigger guard and a Thicker Telescope at the front section. It can exist in a variety of colours ranging from Grey, Light Grey, Dark Grey, Blue, Dark Blue, Translucent Blue, Metallic Blue and Metallic Light Blue. 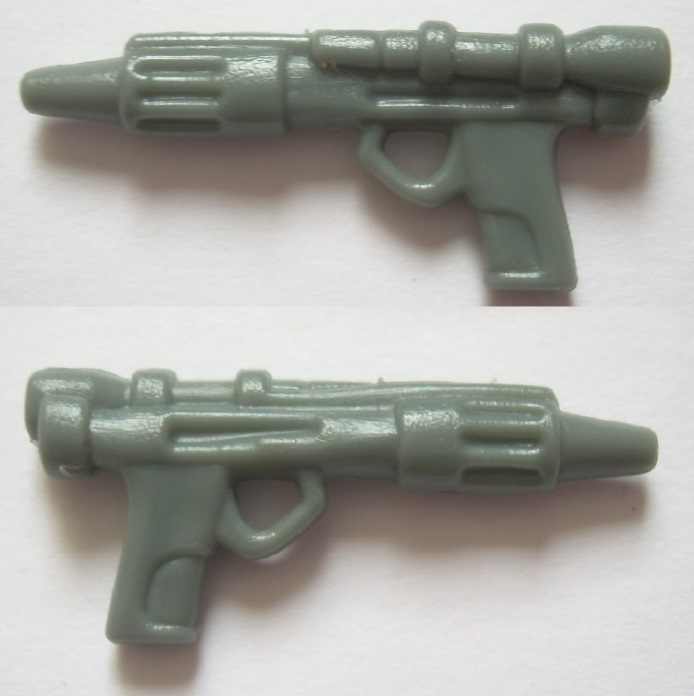 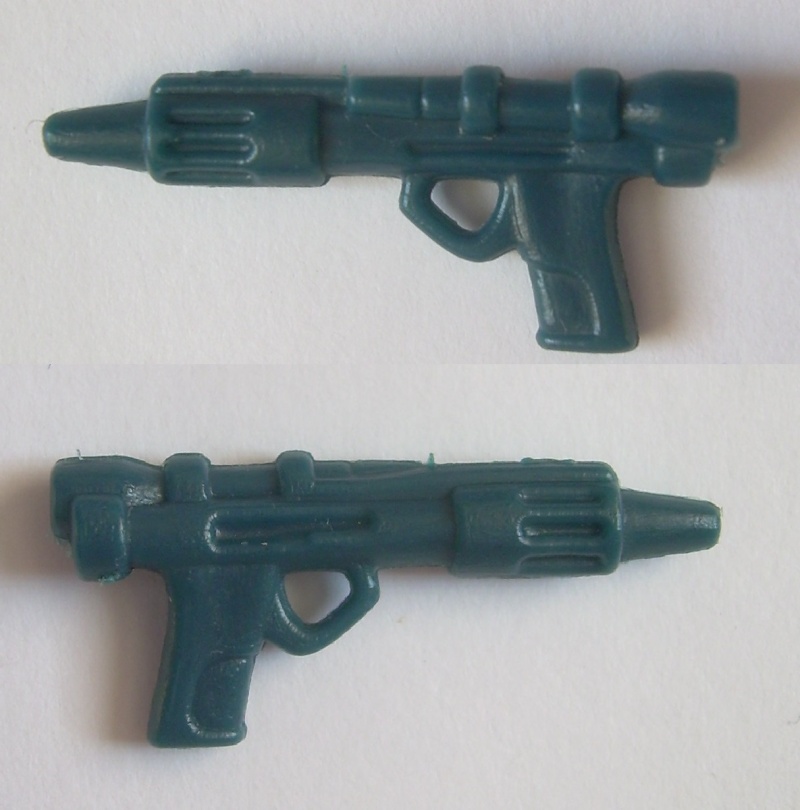 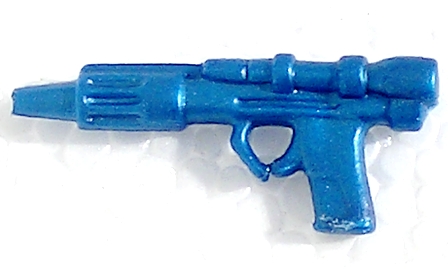 This dark grey blaster was acquired by TIG in November 2014. It has the same indentations as an original, is not painted, sinks and passes the drop test.

So far we haven't come across any repros like this and it's difficult for us to say 100% if it's repro or not. At this stage we are leaning on the side of repro. If you have a Bespin blaster like this please contact us. 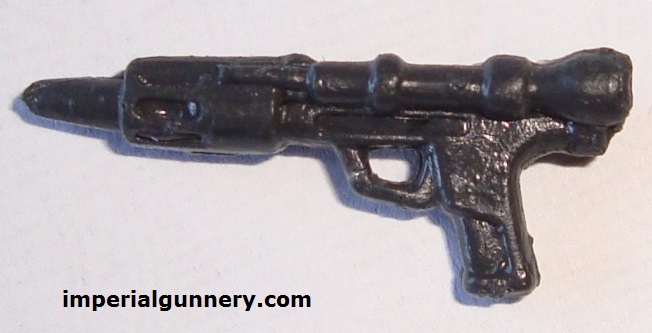 AS IDENTIFIED IN THE PHOTO BELOW, V1 REPRODUCTIONS CAN BE IDENTIFIED BY THE RAISED BAR SHOWN. PLEASE NOTE HOWEVER THAT THE RAISED BAR IS ONLY ON ONE SIDE (BARREL FACING WEST). THE OTHER SIDE OF THE BLASTER IS INDENTED. 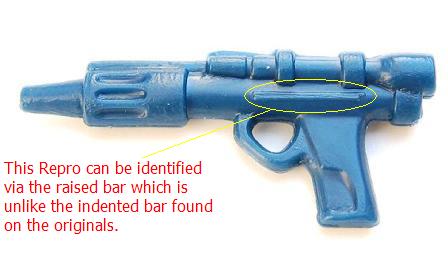 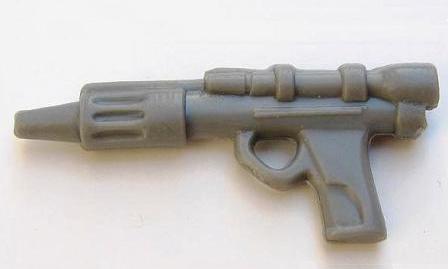 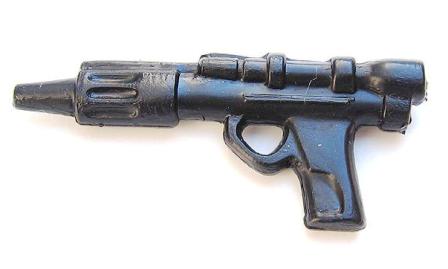 First reported in July 2015, this repro was advertised in batches of 25 and 50 and included the Rebel blaster and the Imperial blaster. They were advertised by the seller on eBay as:

"a cheap and cheerful alternative whilst you maybe source original weapons..."

On close inspection this repro will not fool anyone as it is so poorly moulded. The batch examples nearly all feature 'blobs' and an uneven and irregular matte surface texture.

Flexibilty is zero and batch specimens we have tested have broken under pressure revealing a white inner plastic.

These repros all sink when placed in water.