The Best Before Repros: Lili Ledy fakes with expiry dates! 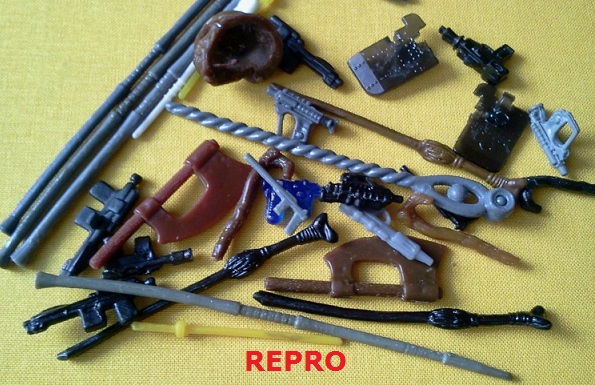 During November 2014, the Imperial Gunnery team discovered a new wave of unmarked Lili Ledy reproduction weapons and accessories advertised for sale on MercadoLibre Mexico. One of our team members based in Mexico was not only able to quickly order some of the sets for testing but also met up with the seller of these on a number of occasions. The seller was keen to point out that his creations - all made from resin - were intended for Lili Ledy collectors who wished to furnish their figures with low-cost accessories, and those collectors who do not mind having reproductions in their collection.

As you can see from our photo samples above many of the accessories are quite obviously fake. However, there is a number that are very close to the originals both in appearance and texture. Just take a look at some of the following... 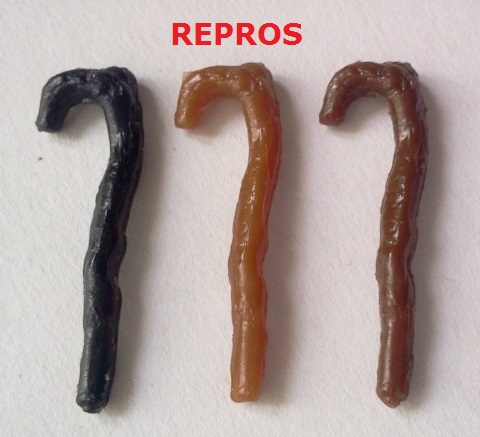 The seller informed us that his repros were at the early stages of design and that he was looking to perfect them. At first he was keen to listen to TIG and explore ways of marking his repros so that collectors wouldn't become scammed. He was also keen on making custom-coloured accessories - even figures - which reassured the team as these could not be mistaken for the genuine accessories. 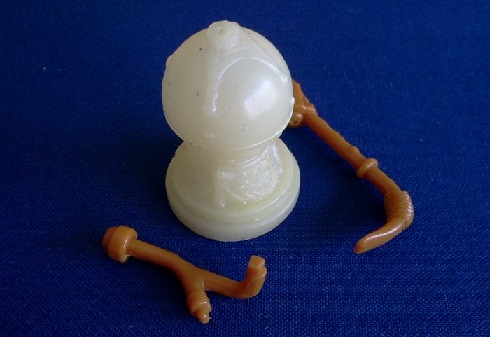 For a while, the team believed the seller was going to steer away from copying originals. However, as time went by the seller continued to list his reproductions and the team began to see many of them listed by other sellers as 'real' on MercadoLibre, eBay and Facebook.

During our tests, the team noticed some odd behaviours concerning some of the accessories: at first, some were so flexible that it was possible to bend them completely out of shape. Then, after a few days, some would stiffen and become less flexible; their behaviour much closer to their original counterparts. Finally, after about two weeks, some of the repros became so hard and brittle that they broke into pieces... This degredation led the team to call these the Best Before Repros. Yes, it seems some of these have an expiry date!

Certainly this is one of the biggest tells and ultimately will let fooled buyers know they have a one-hundred-percent repro in their collection. Of course, by this time it may be too late to try and get your money back. So what are the other tells?

Here is Imperial Gunnery's breakdown of what to look out for:

What has been produced so far?

In addition to these the seller has made a range of repro cloth accessories. These are all hand-stitched at present and the team was able to verify quickly some of the tell-tale signs regarding stitching. But, again, the seller has expressed a desire to perfect these. This is a concern when you consider some of the high prices commanded for the Lili Ledy cloth accessories for Jawa, Squid Head and Bib Fortuna. Here are the section links to some of the repros that are very close to originals:


If you are concerned you may have purchased any repros please look at our guides at imperialgunnery.com and feel free to contact the team. You can post your concerns and any photos in our dedicated section TIG Content and Reference Library over at TIG forum.